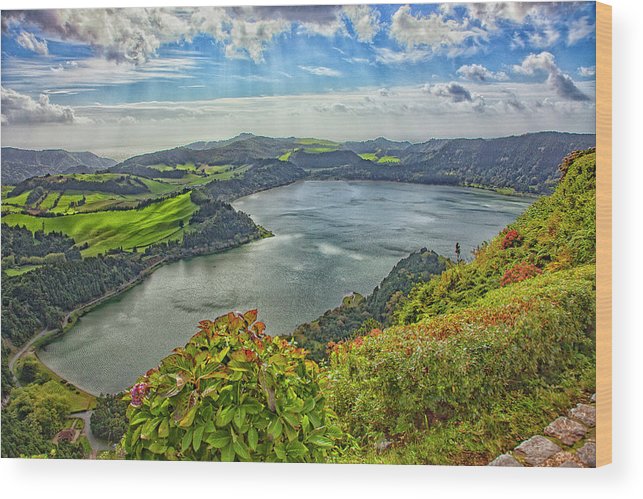 Volcano's Leftovers wood print by Phil Marty.   Bring your artwork to life with the texture and added depth of a wood print. Your image gets printed directly onto a sheet of 3/4" thick maple wood. There are D-clips on the back of the print for mounting it to your wall using mounting hooks and nails (included).

Lagoa das Furnas formed in the volcanic caldera on the eastern part of Sao Miguel Island. The island is part of the Azores, an archipelago in the... more

Lagoa das Furnas formed in the volcanic caldera on the eastern part of Sao Miguel Island. The island is part of the Azores, an archipelago in the Atlantic Ocean between the U.S. and Europe that's an autonomous region of Portugal.