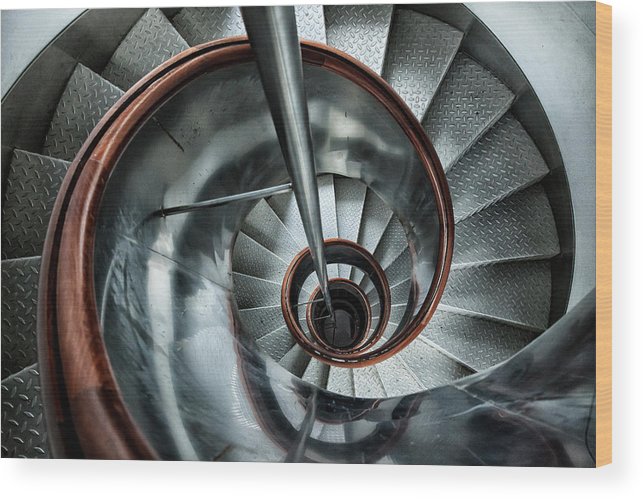 Going Down wood print by Phil Marty.   Bring your artwork to life with the texture and added depth of a wood print. Your image gets printed directly onto a sheet of 3/4" thick maple wood. There are D-clips on the back of the print for mounting it to your wall using mounting hooks and nails (included).

The stairway in the lighthouse at Ponta dos Capelinhos on the island of Faial in the Azores forms a mesmerizing spiral. The lighthouse construction... more

The stairway in the lighthouse at Ponta dos Capelinhos on the island of Faial in the Azores forms a mesmerizing spiral. The lighthouse construction began in 1894 and it was put into service in 1903. It was deactivated in 1957 after a volcanic eruption.